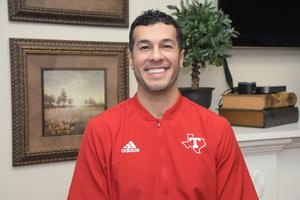 “I am honored to become the new Principal at CPJH. This community can expect a dedicated professional that effectively listens, communicates, and strives to build great relationships with all aspects of a school community,” Vaglienty said.

“My previous junior high experience allowed me to build a passion for this age group of students and to serve as a role model for students as they transition into high school,” Vaglienty said. “I look forward to supporting student and teacher growth and serving an amazing school community in Creekside Park Junior High.”

Vaglienty earned his Bachelor of Arts in History from the University of Houston and his Master of Education in Administration from Sam Houston State University.

“Tomball ISD is a special place to work because of the students, great teachers, a super supportive community, and amazing innovative leaders at all levels that passionately care about students and I look forward to the opportunity to lead the CPJH campus,” Vaglienty said.