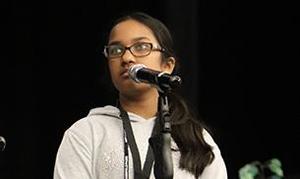 With this win, Varipilli’s Spelling Bee journey will continue with an all-expenses paid trip to the Washington DC area to compete in the coveted, nationally-televised Scripps National Spelling Bee. The competition will air on ION with the semifinal rounds scheduled for June 1 and finals on June 2.